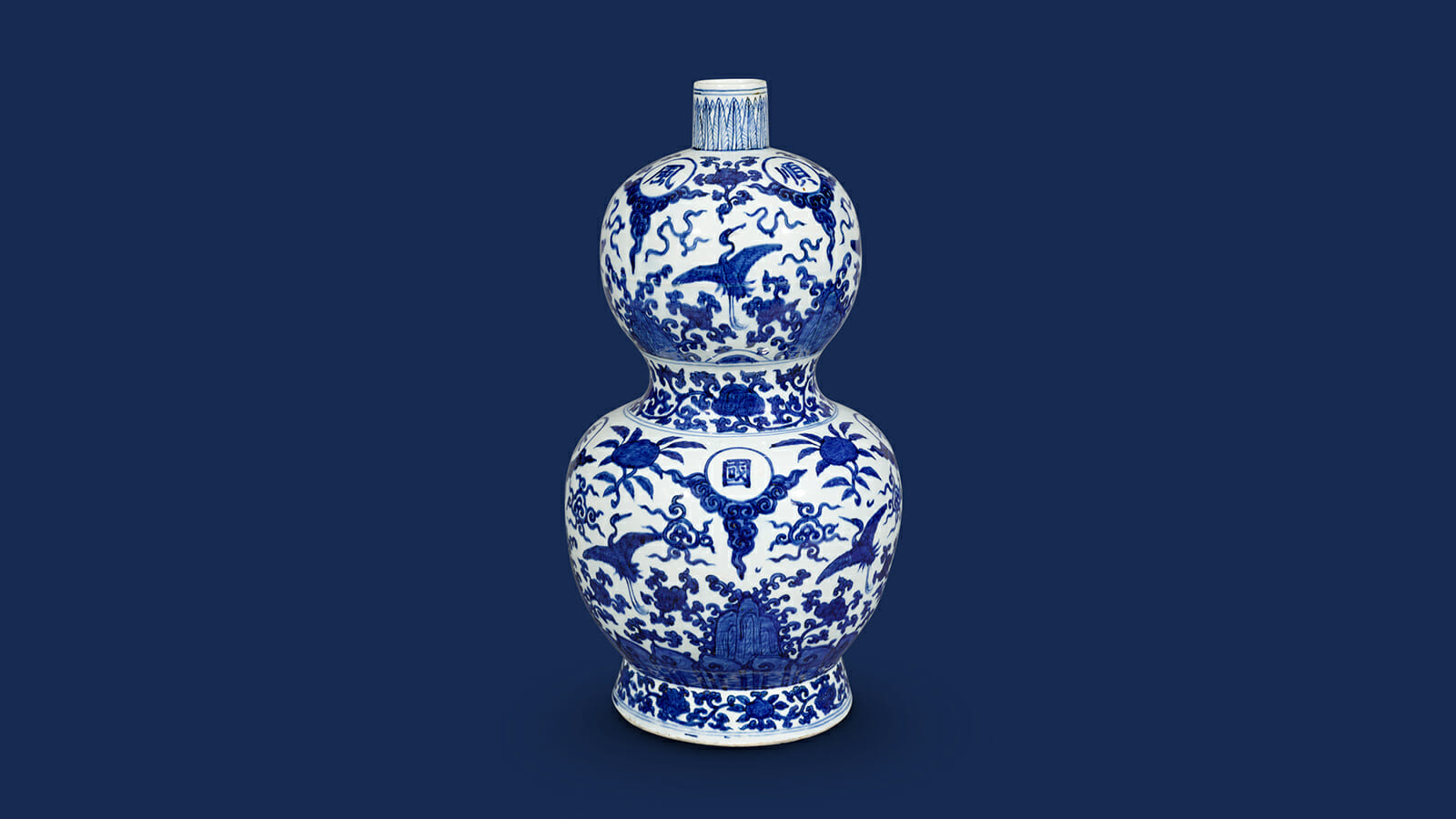 The Oriental Ceramic Society is delighted to present an exclusive guided viewing of Eternal Enlightenment: the Virtual World of Jiajing Emperor.

To celebrate the 500th anniversary of the Jiajing Emperor, Zhu Houcong’s (1507–1567) ascension to the throne in 2022, the Hong Kong Museum of Art (HKMoA) collaborated with the owner of the famed Huaihaitang Collection to present this exhibition. At thirteen years of age, the Jiajing Emperor went from being a vassal prince to becoming the ruler of the Ming dynasty, reigning for the next forty-five years. During the Jiajing era, the Ming dynasty was plagued by internal strife and foreign threats. In the 21st year of the Jiajing period (1542), the emperor moved to the West Park, built to resemble an immortal land on earth, living there until his death in 1567. After his retreat to the West Park the Jiajing Emperor devoted himself to pursuing immortality and building temples and palaces.

Jiajing was a Daoist, and many of the imperial porcelain designs made during his reign were greatly influenced by this belief. The average number of porcelain items made to fulfill imperial orders increased significantly from over four thousand in the early years to more than thirty thousand. A total of nearly six hundred thousand ceramic pieces were produced during this period. The forms and patterns of these wares reflected the hopes and wishes of the Jiajing Emperor and mirrored the predicaments and uncertainties of reality at the time. Through his design of the West Park, usage of vast quantities of wares, and practice of Daoist rituals, the emperor may have been building his idealised immortal world where he could one day transcend the temporal realm and achieve immortality